Virtuoso Russian violinist Vadim Repin and Israeli pianist Itamar Golan rank among the most admired and prominent classical musicians in the world today. This all-star international duo would perform a chamber program of works by Janáček, Ravel, Grieg, and Chausson in their 2012 US tour.
“The solo part’s [in James MacMillan’s new Violin Concerto] torrential flurries and sweetly spun melodies are custom fitted to a virtuoso like Mr. Repin, to whom the work is dedicated… Mr. Repin’s unshakeable bravura and the orchestra’s magnificent playing made a compelling case for it. Audience response was rousing and sustained.” —The New York Times, by Steve Smith, March 2011

“Itamar Golan truly captivates audiences with his playing and in the auditorium he creates an incredibly intense atmosphere. Golan is a virtuoso in the finest sense of the word, utterly dedicated to music and an absolute professional.” – BBC Music Magazine

Music is Russian violinist Vadim Repin’s mother tongue. He is a virtuoso of many voices, and his astonishing ability to draw a rich palette of sound from his instrument, together with his dazzling technique, has enthralled audiences around the globe. Fiery passion with impeccable technique, poetry and sensitivity are Repin’s trademarks.

Born in Siberia in 1971, he started to play violin at the age of five and six months later had his first stage performance. At only eleven he won the gold medal in all age categories in the Wienawski Competition and gave his recital debuts in Moscow and St Petersburg. In 1985 at fourteen he made his debuts in Tokyo, Munich, Berlin, Helsinki; a year later in Carnegie Hall. Two years later Vadim Repin was the youngest ever winner of the most prestigious and demanding violin competition in the world, the Reine Elisabeth Concours.

Since then he has performed with world’s greatest orchestras: the Berlin Philharmonic, the Boston Symphony, the Chicago Symphony, the Cleveland Orchestra, the Israel Philharmonic, the London Symphony Orchestra, Los Angeles Philharmonic, NDR Hamburg, New York Philharmonic, among others. Mr. Repin has been a frequent guest at festivals such as the BBC Proms, Rheingau, Ravinia, Tanglewood, Gstaad and Verbier.
In February 2010 he was awarded the Victoire d’Honneur, France’s most prestigious musical award for a lifetime’s dedication to music, and in December 2010 he became Chevalier de l’Ordre des Arts et Lettres.

Itamar Golan leads a distinguished career as a chamber music performer, appearing with outstanding soloists and ensembles throughout the world.

Born in Vilnius, Lithuania, his family immigrated to Israel when he was one year old. There he studied piano with Lara Vodovoz and Emmanuel Krasovsky.

At the age of seven he first appeared in recitals, and from 1985 – 1989 he studied at NEC in Boston with Leonard Shure, Patricia Zander and, later, chamber music with Chaim Taub. He was repeatedly awarded the American-Israel Foundation Honor Scholarship.

Mr Golan has also appeared as soloist with the Israel Philharmonic, the Berlin Philharmonic with Zubin Mehta, and has made a number of recordings for Deutsche Grammophon, Teldec, EMI and Sony Classical.

From 1991 to 1994 he served on the faculty at the Manhattan School of Music and is currently on the staff of the Conservatoire de Paris, sharing his time between teaching chamber music, concert tours and other artistic interests, including poetry.

The concert is co-presented with Washington Performing Arts Society (WPAS) 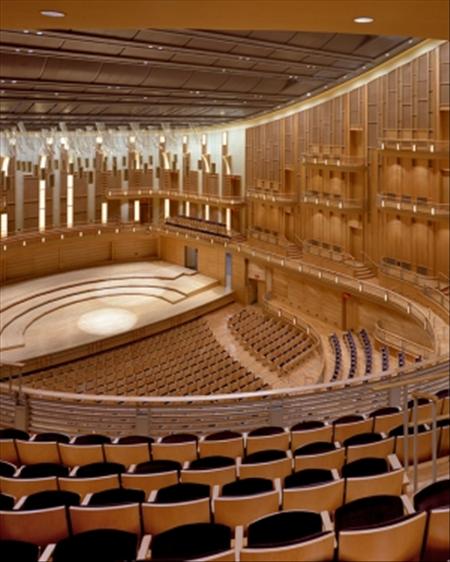