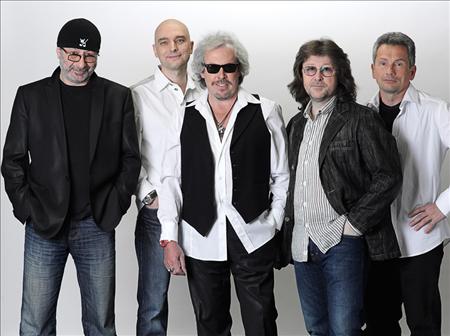 Time Machine / Mashina Vremeni is a legendary Russian rock band formed in the late 1960s. It is recognized as a “patriarch” of Russian rock music and achieved the cult status among several generations in the former Soviet Union. While originally inspired by The Beatles, Mashina Vremeni has developed a unique voice throughout the years, often changing its style, but most of the charm of their songs is in the melody and meaningful lyrics. The group created numerous classic hit songs that became a pop-culture phenomenon for anyone of Russian descent. Many of their songs have found their way into Soviet movie hits, as well as popular theatrical plays. Mashina Vremeni celebrates its 40th anniversary with all-hit program.
Order tickets by phone: (781) 593-1405 or (781) 929-2473

The John Hancock Hall seats I, I00 people in an atmosphere of intimacy and comfort. Refined
acoustics, comfortable seating, and perfect sightlines ensure that audiences will appreciate your
program with ease. The professional spacious stage is equipped with lighting, sound, two
Steinway Grand pianos, and ample dressing rooms.