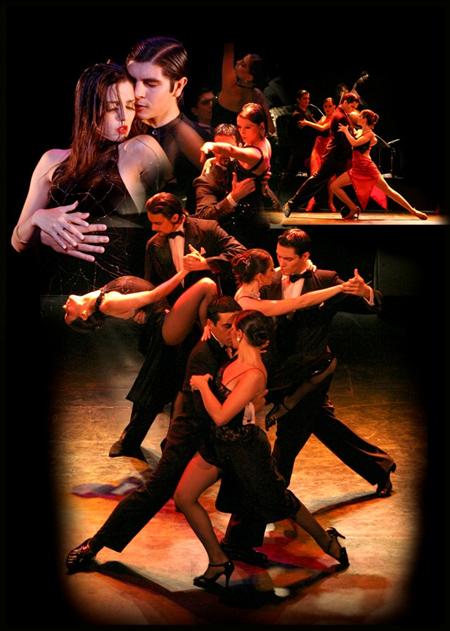 Tango Fire, the hottest Tango company in Buenos Aires, takes you on an irresistible journey through the dance form’s history, while displaying a modern choreography edged with Argentina’s contemporary sophistication. The show delivers an evening of high-energy, sensuality and sophistication that will leave you breathless. Period duets evoke the glitter and danger of the barrios where the dance was born and the heady nostalgia of the early dance halls where it was popularized. Raw, sensual, and sophisticated, Tango Fire’s ten dancers are accompanied by Quatrotango, a quartet of brilliant young musicians, joined by Javier di Ciriaco, one of Argentina’s finest singers.

TANGO FIRE is seductive, irresistible and passionate! It offers an unforgettable experience through the history of tango – the world’s most alluring and exciting dance.

Rarely has the tempestuous tango looked like so much exuberant, out-and-out fun as in Estampas Portenas’ “Tango Fire.” This is tango with a big smile and boisterous high jinks performed by 10 exquisitely skilled dancers with spirit and charisma to match. All in their 20s and 30s, they are uniformly gorgeous. The women are lithe with deeply arched backs and finely sculpted legs that slice like machetes with stunning precision and flexibility. The men have taut, muscular torsos of commanding confidence, and feet and legs as nimble off the ground as on.

The only complaint is that “Tango Fire” is more bright flame than heat. Under the artistic direction of company founder Carolina Soler, the Argentine show has more flash than soul. I missed the slow burn of tango that dances moodily on the edge of desire or radiates with painfully restrained passion. “Tango Fire” is all out there, all the time – showy, flamboyant, but beautifully done and totally engaging.

Set in two acts, the show is also impeccably polished, with gorgeous costumes and lighting. The first part is a milonga, a club party set in Cafe del Tango, with dancing complemented by a lot of pretend flirting, brief entanglements, competitive dust-ups, and cute mishaps. The second act has a bit more variety, with numbers briefly evoking tango’s early days in the red light district of Buenos Aires, when men often practiced the dance with one another. Ensemble numbers feature tight, mostly unison dancing full of fast and faster footwork, blistering spins, ankle-to-ear kicks, and deep lunges.

Duets allow the dancers more room for pyrotechnics – slides across the floor, acrobatic lifts, flips that drop the women perilously close to the ground. Legs that move as if jointed by ball bearings swivel and slice with astonishing speed and precision – it looks like one slip in timing and an intended scissor kick between a partner’s leg could instead shear it off at the kneecap. With their tighter embrace and sweeping moves, Cristian Mino and Jorgelina Guzzi come closest to embodying tango’s sultry, seductive intensity. The silky-voiced, expressive singer Javier Di Ciriaco also contributes a little romance to the evening, but too many slightly cheesy ballads broke the show’s momentum.

Surprisingly, some of the most stirring moments come with not a dancer in sight, when the four sensational musicians of Quatrotango are given center stage. Pianist/director Gabriel Clenar, bandoneon player Hugo Satorre, double bassist Gerardo Scaglione, and violinist Marcelo Rebuffi drive the dance with soulful melodies and tight syncopated rhythms, outplaying orchestras three times their size. They imbue numbers by Piazzolla, Plaza, Gardel, and others with remarkable textural and timbral richness – the piano’s thundering chords and brilliant riffs, the violin alternately singing and squawking, the bandoneon quivering like a broken sob, the bass sighing and growling.

The musicians interact as equals, and Scaglione’s bass playing is a real revelation. Not content to merely thump the beat, the imaginative virtuoso bows with superb technical facility all up and down the instrument, adding percussive effects with a slap of the strings or rhythmic knocks on the body’s resonant wood. The quartet’s version of Piazzolla’s “Otono Porteno” alone was worth the price of admission.

Sunday, January 13, 2008
Tango company is on ‘Fire’ at Cutler Majestic Theatre
Review by By Theodore Bale

Estampas Portenas has been promoted as Buenos Aires’ “most acclaimed tango company,” which seems like hyperbole – but these glamorous men and women are the finest tango artists I’ve ever seen.
I’ve followed the scene closely since the beginning of the American tango craze in the early 1980s, and “Tango Fire,” which opened Friday night at Cutler Majestic Theatre, represents significant advances in sophistication and contemporary interpretation, thanks to artistic director Carolina Soler.

Like the successful Broadway revue “Tango Argentino,” “Tango Fire” attempts to survey the history of tango, but without resorting to chronology. The first part offers a series of intimate duets and ensemble dances focused on “Milonga,” a countryside dance from the early 19th century that originated in Buenos Aires, Argentina, as a popular song style in duple meter.

Singer Javier Di Ciriaco, with his matinee-idol good looks, offered soaring vocals in the passionate melodies of “Grisel” and “Ventarron.” It made perfect sense, since the entire first half is set in the imaginary “Caf del Tango,” complete with tiny tables and lamps. Along with the blazing duets, there is even a staged fight for five men that transforms into a rousing unison dance.

Part two segues into modern tango, epitomized by the wide-ranging compositions of the late Astor Piazzolla, and features extreme, daring lifts and aggressive choreography. Pablo Sosa and Mariela Maldonado in a handsome rendition of Piazzolla’s classic “Libertango” provided the artistic arc of the show.

“If you like tango shows in one shade — dark and brooding — the Argentine company Tango Fire isn’t for you. This troupe of five couples takes dancing seriously but also emanates a playful grasp of theater. ”Tango Fire,” which was performed twice on Sunday at Town Hall, glides along as smoothly as an express train without ever derailing into a pseudo-seduction melodrama.
In the show, a company presents a fresh look at the tango form. Part of the allure is the numerous, exceptionally well-cut costumes, created by the show’s wardrobe manager, Maria Spingola. The excellent orchestra, Quatrotango, was led by the youthful, shaggy-haired Gabriel Clenar, who directed three musicians while he played the piano. Diego Fama was the singer.

In the first half, as couples performed tangos in the center, other dancers stood or sat at tables along the perimeter of the stage, arguing and gossiping with adorable precision. In the second half two couples — Pablo Sosa and Mariela Maldonado, and Mauricio Celis and Inés Cuesta — added complicated lifts to their numbers and daring speed, their legs cutting and dividing the air like machetes.
No couple, however, was as beautifully lavish as Luciano Capparelli and Rocío de los Santos. In each of their tangos, tension gave way to voluptuous softness, and powerful overhead lifts melted onto the floor in silken extensions. As the title goes, they were on fire.”

Anyone who didn’t see “Tango Fire” at Town Hall on November 12, with the troupe of Carolina Soler dancing to the music of the greatest composer of the twentieth century, Astor Piazzolla, missed out on the most important music and dance event all century. I could explain why, but you really had to be there. 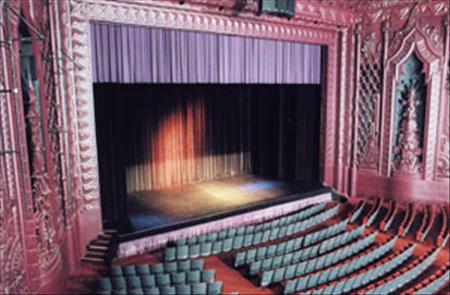