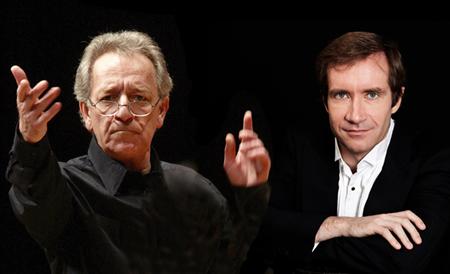 Founded in 1882, the St. Petersburg Philharmonic Orchestra is the oldest orchestra in Russia. “One of the greatest and most exciting orchestras in the world,” (The Guardian), the St. Petersburg Philharmonic Orchestra has been under the direction of Yuri Temirkanov since 1988. “The orchestra is a Russian national treasure,” said the Washington Post, and “conductor Yuri Temirkanov one of the best in the world.” The Orchestra will perform Shostakovich’s unforgettably powerful Symphony No. 5 (the work received its world premiere by the ensemble when it was known as the Leningrad Philharmonic Orchestra). Celebrated pianist Nikolai Lugansky will join the orchestra to perform Brahms’ Concerto No. 1.

“Nikolai Lugansky, who goes from strength to strength, was the tremendous soloist in the concerto – a performance of dark poetry yet fiercely unsentimental, at times almost to a point of spareness. His moodiness, honesty and poise were mirrored in orchestral playing of exceptional sincerity and depth.” (The Guardian)