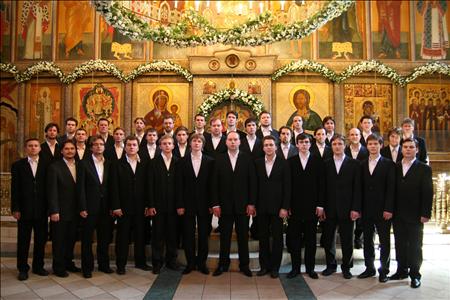 For the first time in America − direct from Moscow

After its great success in the Notre Dame de Paris, UNESCO Hall, and the Vatican Hall Auditorium, the famous Choir from the ancient Russian Sretensky Monastery comes to America for the first time, appearing at the prestigious Avery Fisher Hall, Lincoln Center for the Performing Arts, New York.

“Their voices are so clear, it is as if they sing as one giant voice. A celebration of sheer power, the audience feels the pulse of the choristers’ hearts.” – Le Monde, Paris

In 1994 the monastery was returned to the Russian Orthodox Church, at which time the Sretensky Choir was organized. The Choir sings the Divine Services several days per week in the Monastery church, using ancient Byzantine and Russian chants. It frequently participates in the Services celebrated by the Patriarch of Moscow and All Russia Alexei II in the Dormition Cathedral, located in the Moscow Kremlin.

Outside of its participation in the Divine Services, the Choir has an active concert life both in Russia and abroad, in which it performs favorite Russian folk songs and romances that reflect old cultural traditions and a “great Russian soul”. It has performed in Notre Dame de Paris Cathedral, the UNESCO Hall, the Vatican Hall Auditorium, and the Russian House in Belgrade. It also participated in the First International Choir Festival in St. Petersburg, June, 2007.

The choir’s creative and concert life is under the constant patronage of the monastery’s Abbot, Archimandrite Tikhon (Shevkunov). Its members are an integral part of the monastery community, a fact which influences the repertory and the style of its interpretations. The choir’s artistic director and conductor is Nikon Zhila, a graduate of the Russian Gnessin Academy of Music.

On May 17, 2007, the day of the Ascension of the Lord, the long-awaited Act of Canonical Communion between the Russian Orthodox Church Outside of Russia and the Moscow Patriarchate was signed in the Christ the Savior Cathedral in Moscow, Russia. The US tour of Moscow Sretensky Choir is dedicated to that unique and memorable event that put an end to nine decades of bitter division within the Russian Orthodox Church which began as Communist rule took hold after the Bolshevik Revolution in 1917. 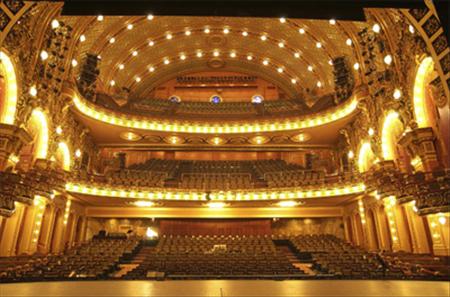