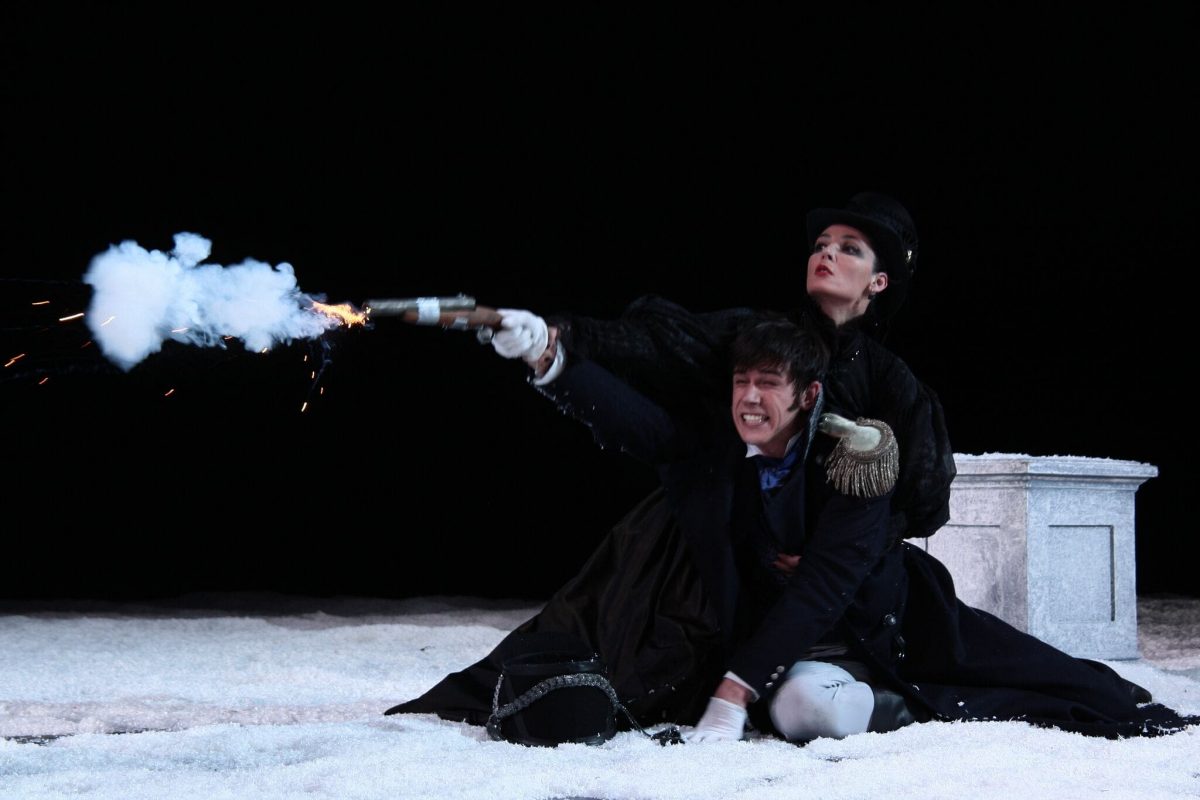 Visionary Lithuanian director Rimas Tuminas created a furor amidst the theatergoing public with his dazzling production of Uncle Vanya, presented by the Cherry Orchard Festival in 2017. Now he makes a triumphant return to City Center with the ruthless and ribald Masquerade, based on the verse drama by Mikhail Lermontov and featuring a star-studded cast of Russia’s most acclaimed actors.

Often compared to Shakespeare’s Othello, this study of jealousy and pride within the gossip-ridden aristocracy of 1830s St. Petersburg unmasks the captivating and guileful revelry that keeps morality teetering on a razor’s edge. Brimming with decadent feasts, bright costumes, intrigue, flirtation, and a snow-covered stage on which alluring clowns shed slopes of compassionate tears, the production also features music by legendary Soviet composer Aram Khachaturyan, originally written for the 1941 production of Masquerade at the Vakhtangov Theatre.

Tuminas’ Masquerade is a tragic farce, a sad Commedia dell’Arte, and an exorcism of the heroes and hoaxes that enchant us away from our better selves.

In Russian with English subtitles.